I love Brown Bear week in preschool!  I love this book because it’s so simple, yet there is SO much you can do with it.  Here are some of the things we did this week in therapy to go along with the book!

(link to purchase the book on Amazon)

I love all of the early consonant sounds you can target with the characters in this book, too.. I have a lot of little ones working on /p, b/ sounds, so this book is perfect for them! Purple cat, Brown Bear, Red Bird, Blue Horse, Black Sheep…  I have a lot of kids working on /t, d/, too, so we practiced red bird, white dog, goldfish, purple cat, and yellow duck! (and “water” too when talking about where ducks and frogs might live!). 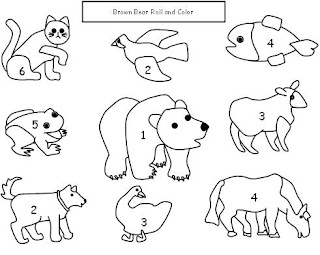 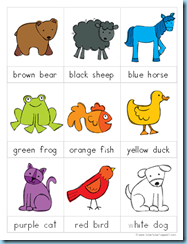 Work on increasing MLU by having them use a carrier phrase, like “I found….” or tell you the animal sound when they flip over a picture (i.e. “Cat says meow.” “Frog says ribbit!”)

Brown Bear on the wall!
I laminated this big brown bear and taped it on a wall for the week. The kids kept asking for it over & over every time they came in the room! 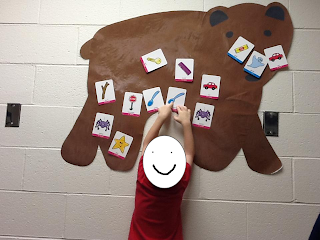 In this picture we were working on speech sounds (I had a group of 2; 1 working on k&g and another working on s-blends).  I had them pull a card, say the word 5x, and then stick it on the bear.  When all of the cards were on there, I had them find a word they had practiced, pull it off, and say it 5x before handing it to me.

I also used it to target associations.  I picked out pairs of cards, had 1 set taped to the bear and 1 set on the floor on the other side of the room.  They had to pull a card off the bear and walk over to the cards on the floor to find the item that belonged with the card on their hand, and then tell me how the items were alike.

You could also work on concepts like /top, middle, bottom/ with the bear by having them put various pictures on different areas of the bear.

Carrier phrases like “Put on ___” or “Take off ____” work well for this, too! Use for increasing MLU or for any apraxic kiddos who you’re using carrier phrases with! 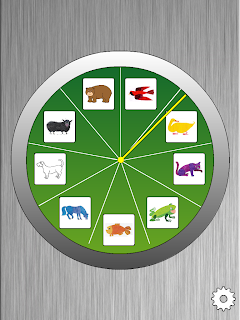 For artic, I had my /p, b, t, d/ kids practice their speech sounds by spinning and saying the names of the characters they landed on.

For vocab, I had them spin the spinner, tell me the name of the animal, and find the matching picture that was taped up to the big brown bear on the wall (using the cards from the printable pack I mentioned above).  I targeted WH questions by asking them questions about where the animals lived, what sound they make, what they eat, etc…

Another great resource to check out is the Brown Bear Companion Pack from Putting Words In Your Mouth.  I grabbed this during the TeachersPayTeachers back to school sale, and it is FANTASTIC for following directions and basic concepts!

What are your favorite things to do in therapy with this book??