Last November, I attempted a DIY Hedbanz game with different types of dinosaurs to describe.  I used it with the afternoon prek kids in each classroom for my small group rotation, and they loved it.  They needed a bit of prompting to figure out how to describe each dinosaur, but in general, it went pretty well.  So, I decided to try it out again this week with Dr. Seuss characters! 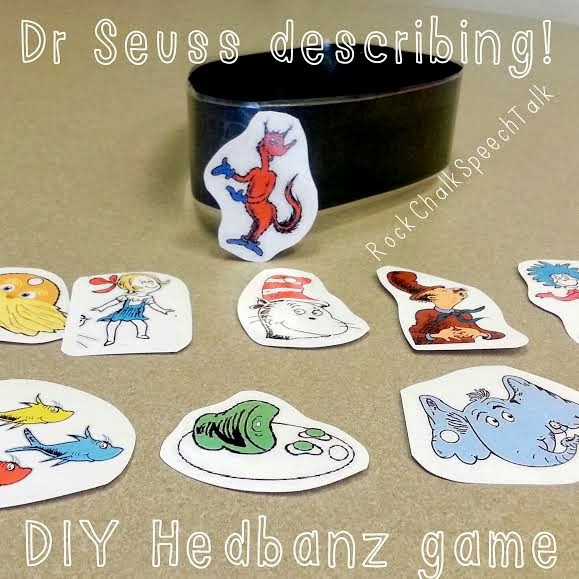 I just did a Google search for Dr. Seuss characters and pasted them into a PowerPoint slide.  I printed off two copies of this page– one to laminate and put Velcro on for the headband, and one copy for the kids to have in front of them so they had visual choices when guessing the character on their head. 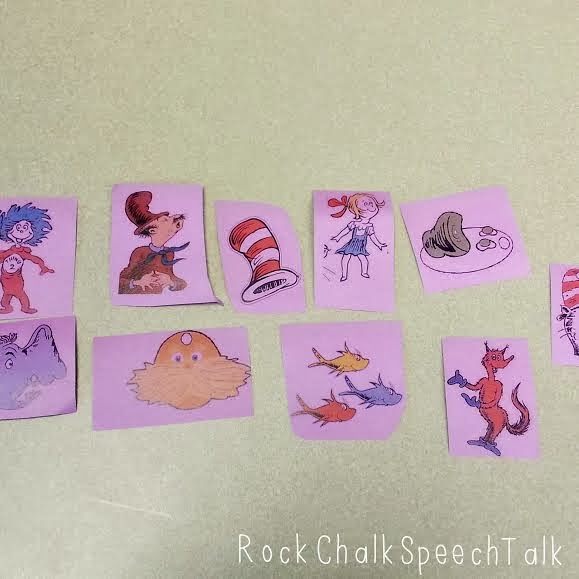 (The person before me forgot to take the colored copy paper out of the printer/copy machine and I didn’t have time to print another copy, so I just dealt with it!)
I also created visuals to help my kids give clues to their peers about the characters.  I split the objects up into “Person” “Animal” or “Thing” — this is pretty subjective, since the characters are kind of a mix of both animals and people, but I just went for it! 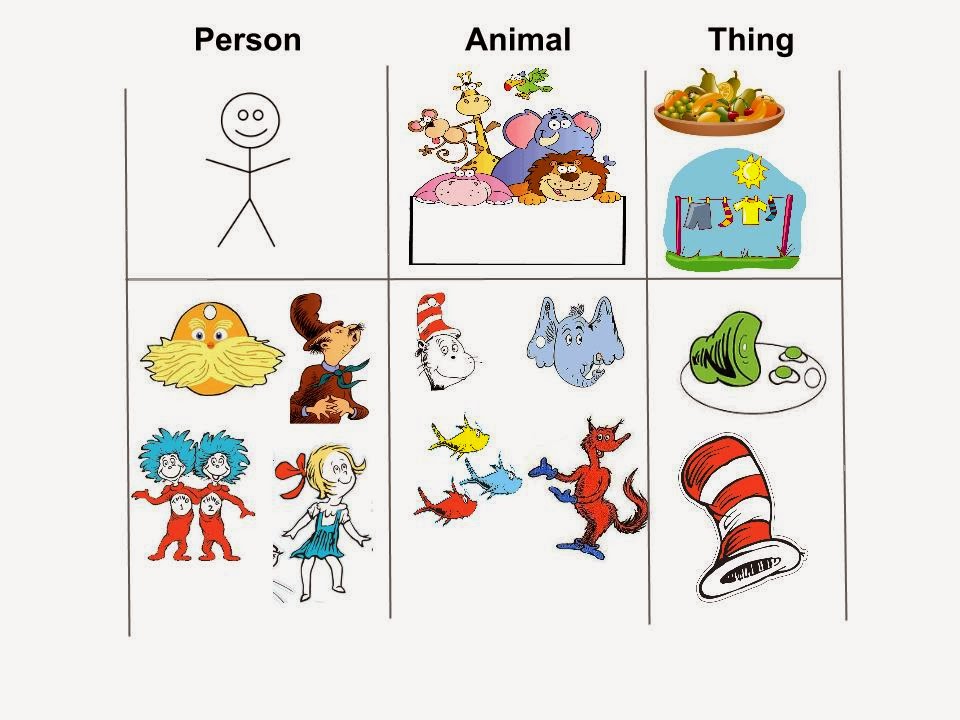 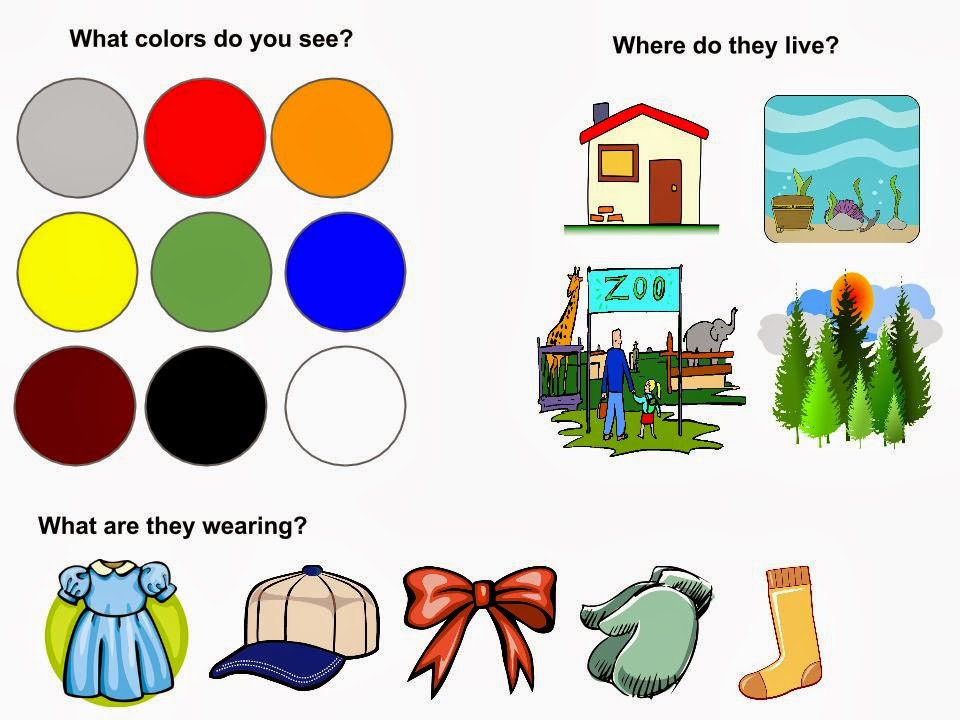 It went really well, actually– better than I had anticipated!  Some kids didn’t *quite* grasp the concept of not telling what the character was (ie “It’d live in a zoo.. ’cause it’s an elephant!”(insert elephant noise and imitation of elephant’s swinging trunk with the kid’s arm to his nose))-ha- but like I said, for the most part, it worked out!!  I think this would also be a great way to work on describing using the EET as the visual support, too!
Want to grab a copy of these visuals?? Since Dr. Seuss is majorly copyrighted, I can’t give you anything that has his characters included… BUT, you can download this blank, editable page of separating between person/animal/thing HERE and the second page of visuals with colors/homes/clothing items & accessories HERE.
Enjoy!!