“How can I use THAT to target my student’s language goals?”

It’s a question I’ve thought to myself more than once going into the preschool rooms to do push-in therapy with my language students.  When I push in to the classrooms to provide therapy, I often times just follow the child’s/teacher’s lead and take whatever they are working on or playing with & figure out how to put a speech/language twist on it.  At this point, with it being my 4th year in preschool, I’ve become pretty good at making just about anything a language activity, but it definitely takes some creative thinking at times– for instance, using letter tiles to target pronouns & spatial concepts! 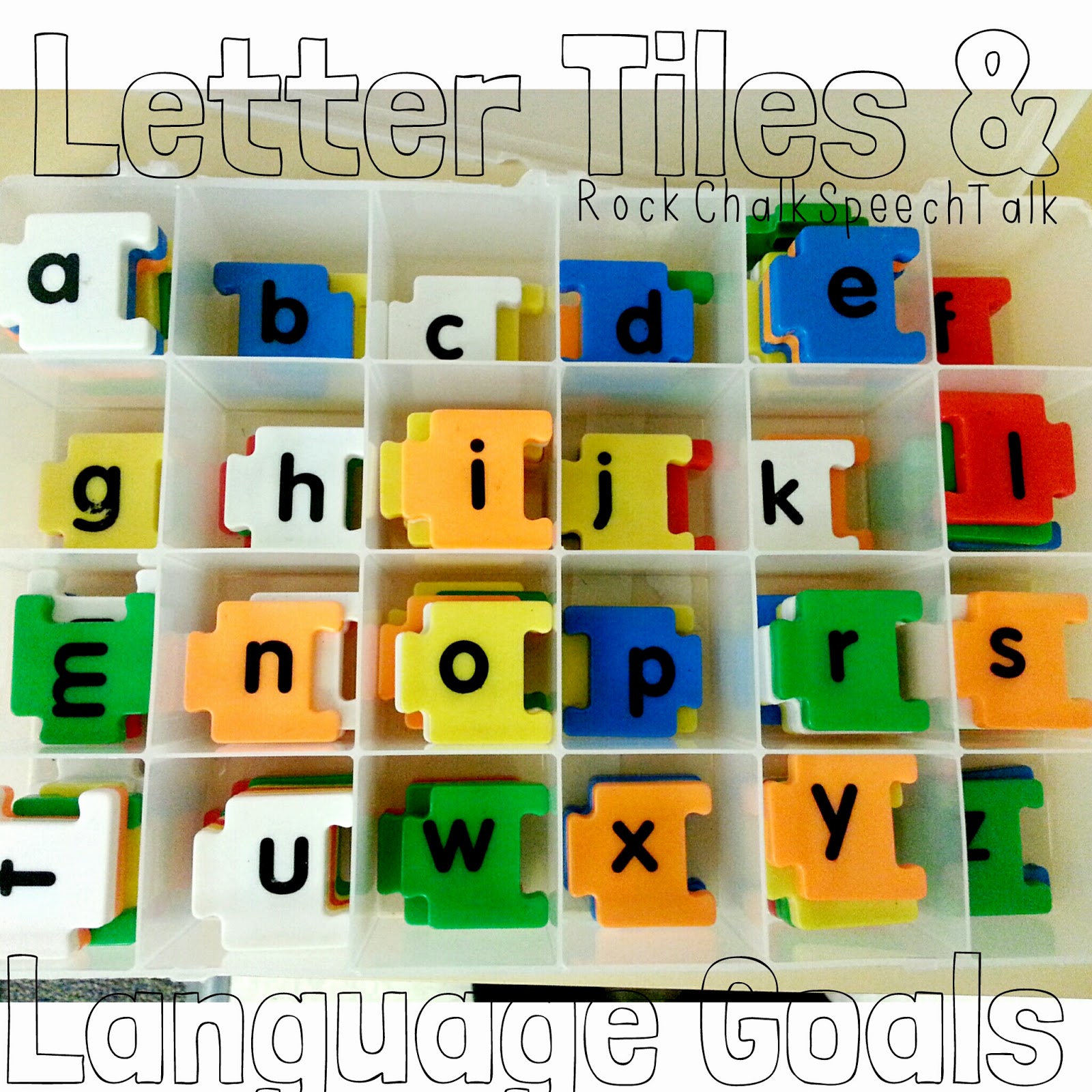 The other day, I walked into a classroom at centers & the student I was going to work with was playing with letter tiles.  One of his language goals is for subject pronoun usage– “he” “she” and “they.”  We started spelling out names of people who are important to him– his brother, his mom, and his teacher.  I modeled sentences for him like, “HE starts with an A” or “SHE has ‘T.’  SHE has an ‘I’” etc… as we put each letter in the sequence.  After we were done with a couple different names, we compared.. “THEY both have an ‘A’”  “THEY start with different letters.”  After we were done, I heard his teacher modeling for him, too, emphasizing pronouns– “Were you working with Miss Kari? SHE’S the best, isn’t she?” — Double bonus! 🙂

You could also use the tiles to target spatial concepts..
-”Put the “A” on top of the “K””
-”Put the “C” next to the “D”
-”Put an ‘M’ above the ‘N’ etc…
-After putting a sequence of letters together, you could ask which letter is first/last in the row.
It’s an easy way to hit spatial concepts for your goal, while also working on letter recognition, which the ECSE teacher is likely working on, too!  If they are not at the level of letter recognition yet, you could step it down & do it by colors— Put a blue letter under a green letter, etc… while still modeling the letter names afterwards.. “You’re right! the blue N is UNDER the green M”

I know letter ID isn’t necessarily a goal we work on as SLPs, but my teachers try to work on language goals for me, so I try to model academic concepts for them, too!
WH questions is another potential area to target.  It depends on whether your student needs visual supports or not, but you could ask questions about what you just spelled with letter tiles– ie, if you spelled “hat” you could ask “Where does a hat go?”   If you spell “sky” you could ask “What do you see up in the sky?” etc…
What other ways can you think of to use letter tiles to target language goals?

This little lady knows what’s up and doesn’t w

Sneezy the Snowman is my favorite winter book- wha

Things I never thought I’d see in therapy 😆 B

Why just label presents with sticky tags when you

If you think turkeys and elves don’t go together

Still working this week? Here’s an easy plan for

Are you using Cariboo in teletherapy? I tried it o